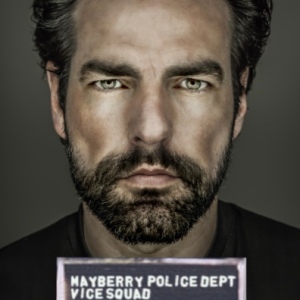 Every trip I’ve had has been vastly different from the next. I should also point out that I don’t use it recreationally. It’s far deeper, way more spiritual than that for me. I was diagnosed with HPPD — Hyper Persisting Perception Disorder. HPPD is a disorder characterized by a continual presence of sensory disturbances, most commonly visual, that are reminiscent of those generated by the use of hallucinogenic substances. You have probably seen my older post about it. If not you can read it here.

So yes it’s almost like I’m a permanent trip. I’m always seeing things like people’s auras or worse… sometimes I see a manifestation of their true self or maybe the self that I am projecting on them. I don’t know, it makes me question everything which can be exhausting. I am not sure if my mind is lying to itself or if it’s trying to reveal a hidden truth that my natural self has been blinded to.

–by the way I’ll completely understand if you aren’t following what the hell I’m saying… I’m just trying to express it all the best way I can.

In my last session with the Reeder Brothers I tried going dark.  This is always where I want to go because I feel like this is where the real truths are hidden. RJ is a bit more cautious. He doesn’t want me going that dark and he always serves as the anchor to keep me grounded when I go through a trip.

There are two different types of trips you can have.  A recreational trip for fun and frankly I think this is an abuse to the power of what mushrooms can be.  Here’s an example of a couple of guys on a recreational trip. They’re trying to pick up girls in Amsterdam while they’re tripping:

Like I said I don’t think this is the purpose of ushing mushrooms in a recreational manner. It should be used for the spiritual self… to elevate your understanding of your own personal history and the history of the universe. Mushrooms can help you communicate with nature because nature is always trying to communicate with us but we have chosen to ignore it.

Here’s an example of someone using mushrooms to go dark. The problem with this person is that they don’t have an anchor present… someone to keep them grounded and also walk with them through the trips. If you go dark alone it can get very dangerous. The thing about going dark is that certain things are revealed to you and it’s almost impossible to continue with your life without making changes or at least contemplating the meaning of your existence on a much deeper level.

You can skip the beginning of the video and go to the 10:00 mark and listen to how his trip progressively got darker. The real dark shit happens around the 14:30 mark.

The thing about the dark trip is that it brings about enlightenment and that is what I always try to achieve except it also has its dangers too if not controlled properly.  So a few nights ago when I went on my trip. I had some things on my mind and I wanted answers. I thought maybe the trip will open a gateway to understanding aspects of my life that I have been blinded to for some reason.

RJ kept on harping for me to stay grounded but I didn’t listen– I went dark. I saw my ancestors, it was a long line of them… broken men.  I met my father for the first time.  See, he left my mom when I was just barely two years old.  Later she told me he had died but I’m not entirely sure. He could be dead or not but I don’t give a fuck. He doesn’t deserve to breathe if you ask me. But in any event I met him.  He didn’t apologize. He just looked at me and said ‘your blood is weak.’– what the fuck does that mean?

I grabbed him, I was angry. I couldn’t control my emotions. I wanted to bludgeon him but for some reason I couldn’t which made the anger inside me boil all the more. Then I saw his father and then his father’s father and they just kept on multiplying and I realized that all these man were twisted broken pieces of shit. Then I got paranoid… my path has already been chosen. Not one man in my family has ever done anything of significance in his life except being a burden to society and mostly a burden to the women that bore them.

I tried to break out of that line but they wouldn’t let me go. My father grabbed me. I struggled but his strength overpowered me. Then the others also held onto me and from the looks on their faces I could tell they wished me nothing but harm. They wanted to make sure I squandered my life just as they had done theirs. They were telling me that this lowly hell is where I belong. Fuck that– I have to make something of myself. I’m 42… maybe it’s too late. I’ve got the mark of the beast now. Everyone sees me as an ex-con and nothing more.

All of a sudden I was in this dark space with nothing else around. I was calling out for RJ but he was nowhere to be found. Then I heard a slithering noise. I couldn’t see where it was coming from but could tell that it was approaching me and fast. Then this bug crawled on me… it looked like an antlion but a bit bigger with sharp claws for a mouth. I tried to knock it away but I couldn’t get it. The fucker crawled into my ear…

When I was a kid I remember watching the original star trek episodes. There was this particular one where Chekov is captured by Khan and… well actually let me show it to you. The visual is probably better and accurately captures what happened to me:

All of a sudden I heard RJ’s voice and I started screaming for him to help me. I saw a flame in front of me and I looked into it– I was suddenly back with RJ and Bunny. RJ gave me a lecture about what I was trying to do. I know he was right and it has been a long time since I felt genuinely scared. Even when I was in that bed waiting for a needle I wasn’t afraid. This fear was something different, visceral and black.

The next morning I was taking a shower and I felt those bugs again running in my body. It freaked me out. I scrubbed and scrubbed but it seemed to make it worse. I thought it was just a trip? Was it real? Have I been infested by parasites.  I’ve noticed that anytime my body gets warm, let’s say I go for a run or stand in the heat then I feel them again. The intense itch– the parasites, feeding off my blood. The Reeder brothers don’t know what happened and can’t seem to cure it. Maybe it’s a marker my mind has created to remind me of what I saw with my ancestors–  a reminder of what I’m trying not to be. I don’t know. I’m just theorizing and trying to think of it in the best possible light.

So I continue this journey of life– with the DNA of my broken ancestors etched inside me but fuck it, the difference between me and those that came before me is that I have a mission. I have a goal and I’m marching towards it even if it kills me.

My name is Ahmadu Garba and I was born in Washington, DC. I grew up overseas and attended college at The George Washington University in DC.

Get Caught Up Here